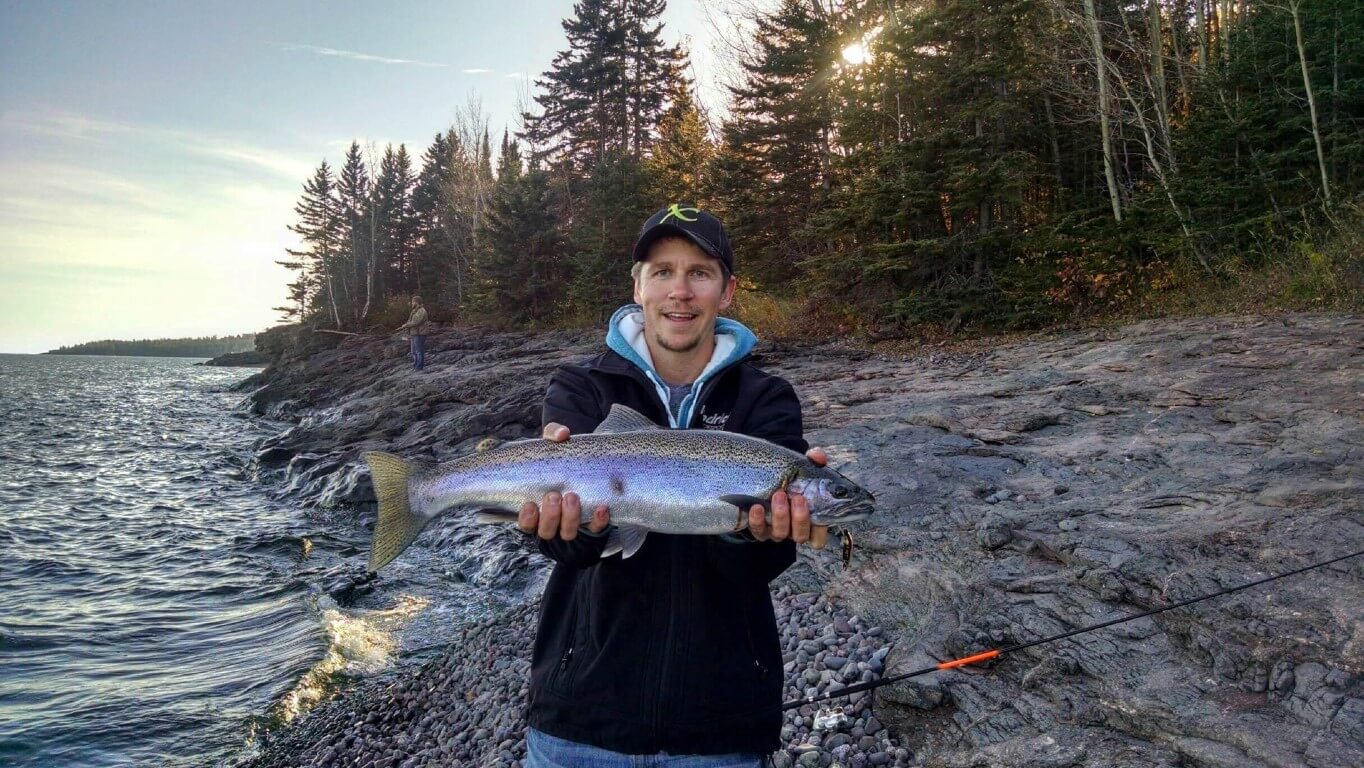 My friends Ben and Shane drove up from near the Cities to hit up the shore and see what we could catch.

We were planning on heading up the north shore and fishing the mouth of the rivers on our way back to Duluth. Driving past the Lester river just on the edge of town, we could see fishing rising just as the first light was starting to shine on Lake Superior. It didn’t take long and Ben had a fish on.

After fishing three different river mouths and talking with a few knowledgeable fisherman we decided to head back to town stock up on a few new lures at Marine General. A few handfuls of casting spoons later (Krocodiles and lil Cleos) we were on our way back up the shore.

We stopped at the mouth of Stewart River to try out our new spoons. I tied on my 2/5oz gold and orange Lil Cleo and cast as far out as I could. I started reeling in and almost had the rod ripped from my hands. I yelled to Ben and Shane and as soon as I did the trout jumped out of the water. After fighting for a while I finally got her to shore. I had caught my very first steelhead.

It was a cold and windy day out on the lake. I was the only person fishing the mouth of the French river. The wind made it extremely hard to cast, but I assumed the waves would help wash any bait-fish in closer to shore. 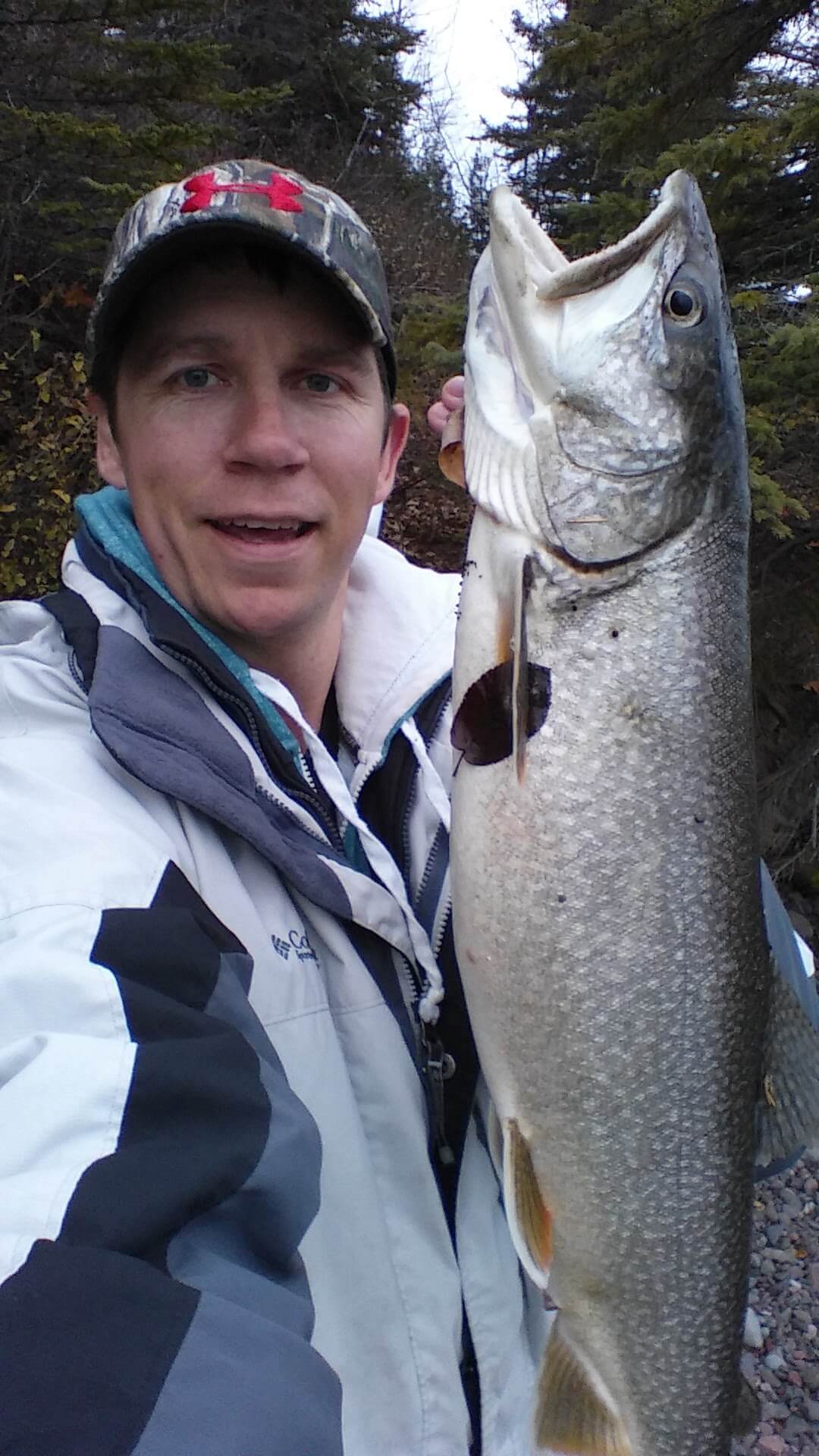 After dozens and dozens of casts I finally hooked up with a nice Lake Superior lake trout. 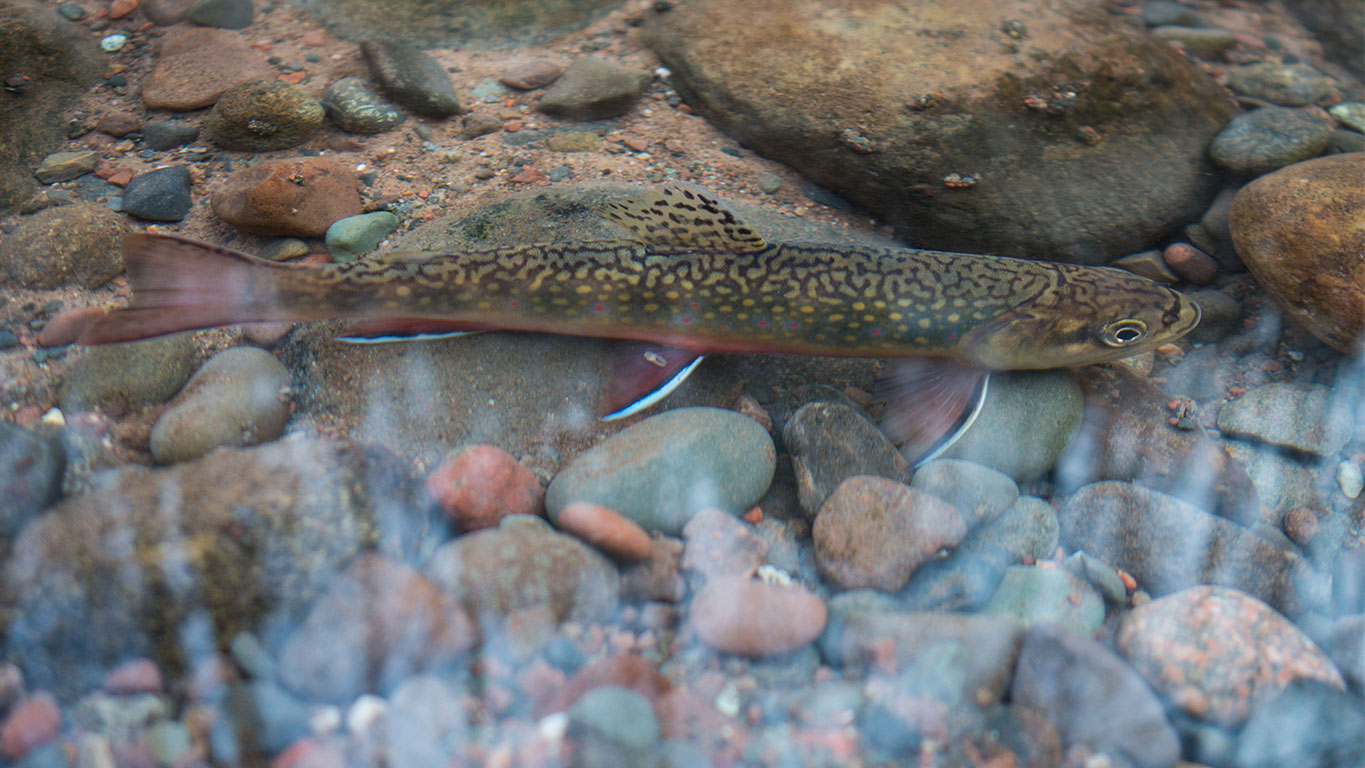