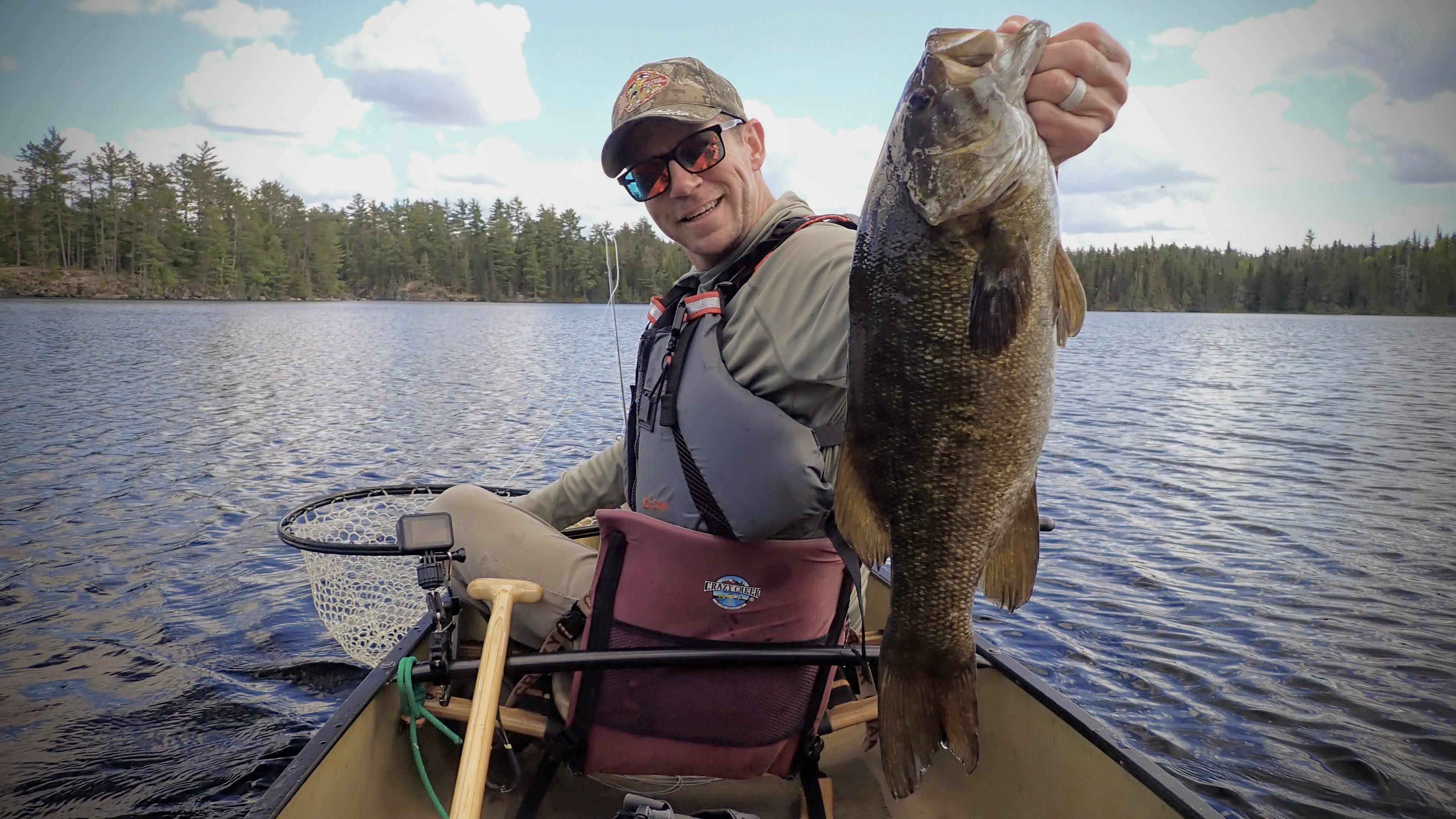 Quetico is like the Boundary Waters on steroids. After a handful of Boundary Waters trips with my buddy Brent I kept hearing “This would be so much better in Quetico”, referring to the fishing. While I didn’t doubt him, I did underestimate to the extent that it would be better. The first realization that this was going to be a good trip was casting my fly out and hooking a massive 19” smallmouth bass and while fighting it watching three other bass as big if not bigger chasing it around.

The Best Fly Fishing I’ve Ever Had.

On the first day of our trip to Quetico Provincial Park in Canada, Brent, Brian, John, and packed up our gear and drove up through International Falls to our access point on Beaver House Lake. After 25 miles of paddling and portaging, we found a campsite just before dark. We set up camp and passed out awaiting our first day of fly fishing in Quetico. The first morning was fairly windy and Brian and I eventually found a smaller section of the lake to get out of the wind and find some bass.

After sleeping in we decided to go after lake trout on our second day in Quetico. It was a short paddle over to a nearby lake. The portage was short, but it was tough with a bunch of blown-down trees. Since the fish were reasonably deep we used a trolling method similar to using lead-core. We use full-sinking lines and let out our entire fly line. Our most productive flies were either all white, or white with blue, red, or chartreuse. We all landed lake trout from 24 to 30 inches. It was a great day!

Another great day in Quetico. Brent and I took the canoe out and fished some of the side channels of our lake looking for warmer water. I caught my largest smallmouth, largemouth, pike, and walleye on the fly all in one day!

The pike was incredible. Brent called it, saying that we should throw our pike flies in the bay adjacent to where we were catching smallmouth because it looked a little deeper. It was only the second or third cast and that big one my big, articulated pike fly.

Brian and I went back to the lake trout lake in search of more lake trout on the fly. We rigged our rods with full sinking lines and paddled around in 30-100 feet of water. The action wasn’t quite as good as the first day we fished this lake, but we still landed a handful of lake trout!

Day 5: So Many Smallmouth Bass

On our fifth day in Quetico. John and I set off to try and catch some smallmouth bass. It was one of the best days of fishing I have ever had! We both caught dozens of bass and a few really nice pike. I lost track of how many fish we landed, but for a while, it was one cast after another. We doubled up many times and often with 19”, 20”, and even 21” and larger smallmouth bass. After a storm blew threw we ended the day trolling for lake trout and each caught a couple trout before the sun set.

Fished for smallmouth bass with Brent, while Brian and John went back to our secret lake trout lake to target more big lakers. It was another incredible day, especially for Brent. I was trying to get them to eat poppers, but they were definitely on a streamer bite. Brent switched over to his favorite streamer pattern pretty early and ended up catching 47 bass, 2 pike, and a walleye! Over ten of the bass were over 20”, with two close to 22”!

During the seventh day of our Quetico trip, we mainly canoed back towards our entry point to make sure we would be able to paddle out on our final day. After portaging out we found an outlet that was full of bass, pike, and walleye. We didn’t have long to fish so I grabbed my full sinking line to cast out and get down quick. Watch as I miss multiple bass by reflexively trout-setting instead of strip-setting. Luckily there were enough fish to practice on.

Day 8: Catching Bass and Pike on Our Way Out

During the eighth and final fishing day of our Quetico trip we fished a few of the side channels of Quetico Lake. The bass were not nearly as big as the ones we caught on our first few days of fishing, but Brian and I still had multiple smallmouth bass doubles and a few bonus pike! 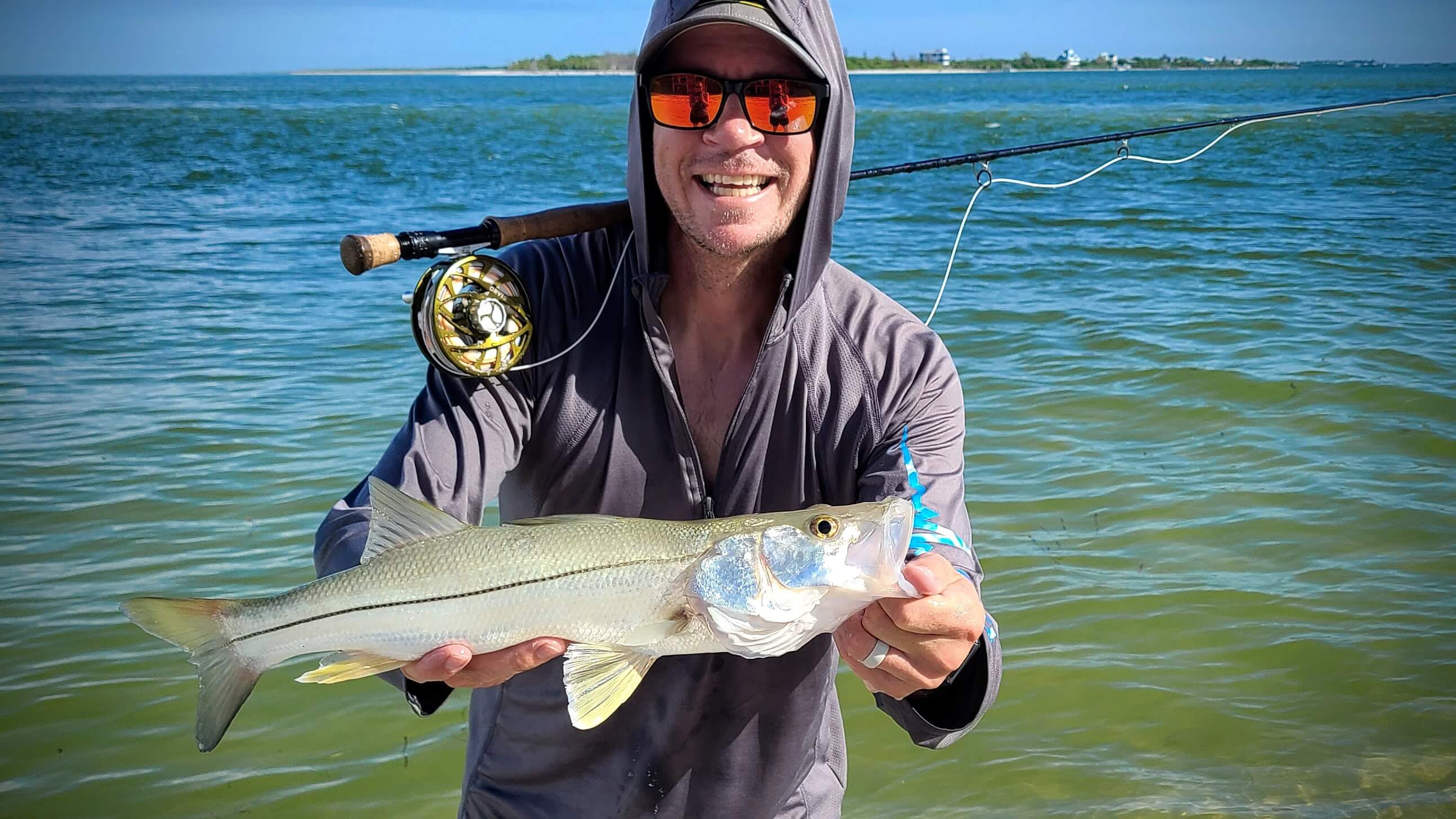 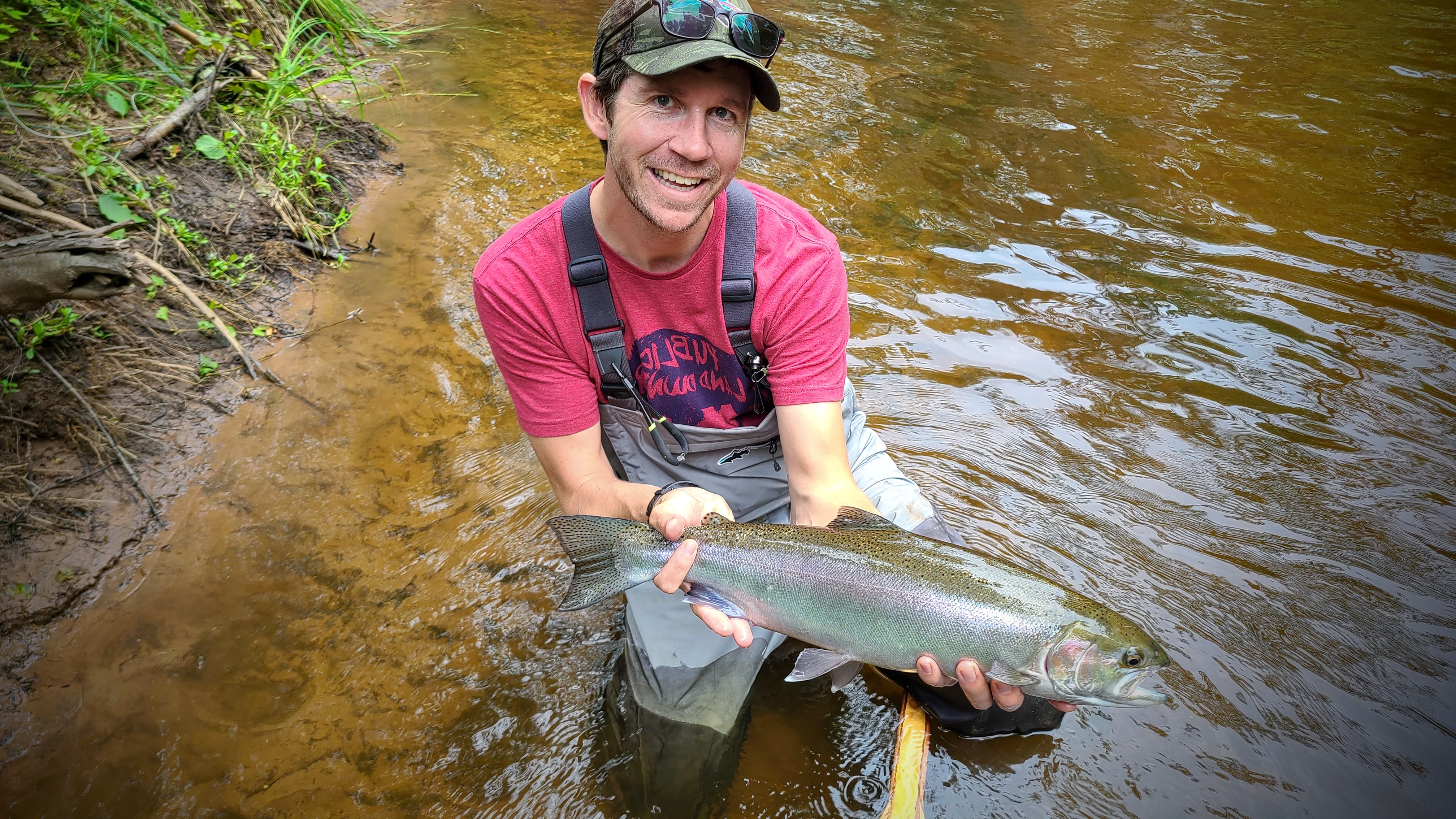